DENVER (CBS4) – Many of the higher peaks and mountain passes in Colorado experienced wind gusts well over 75 mph this weekend. Even some areas along the I-25 urban corridor experienced similar wind speeds as a storm passed over the state.

The strongest wind gust over the weekend appeared to occur on Loveland Pass where a maximum gust of 91 mph was clocked on Saturday. But even Boulder experienced hurricane force wind with a gust of 85 mph on Saturday at a weather station near Broadway and Baseline Road. Monday will be much calmer with maximum gusts of no higher than 30-35 mph in the mountains and 25 mph in the metro area. It will also be warmer on Monday with high temperatures in the lower and middle 60s at lower elevations and 50s for most mountain towns under statewide sunshine. Similar weather is expected on Tuesday, Wednesday, and Thursday which even warmer weather in most areas. Then changes start on Friday as a storm starts to approach Colorado from the West Coast. Snow is possible as early as Friday afternoon in the mountains while Denver and the Front Range could experience a light rain/snow mix by Friday night. Much cooler weather will also return to the metro area for the upcoming weekend. 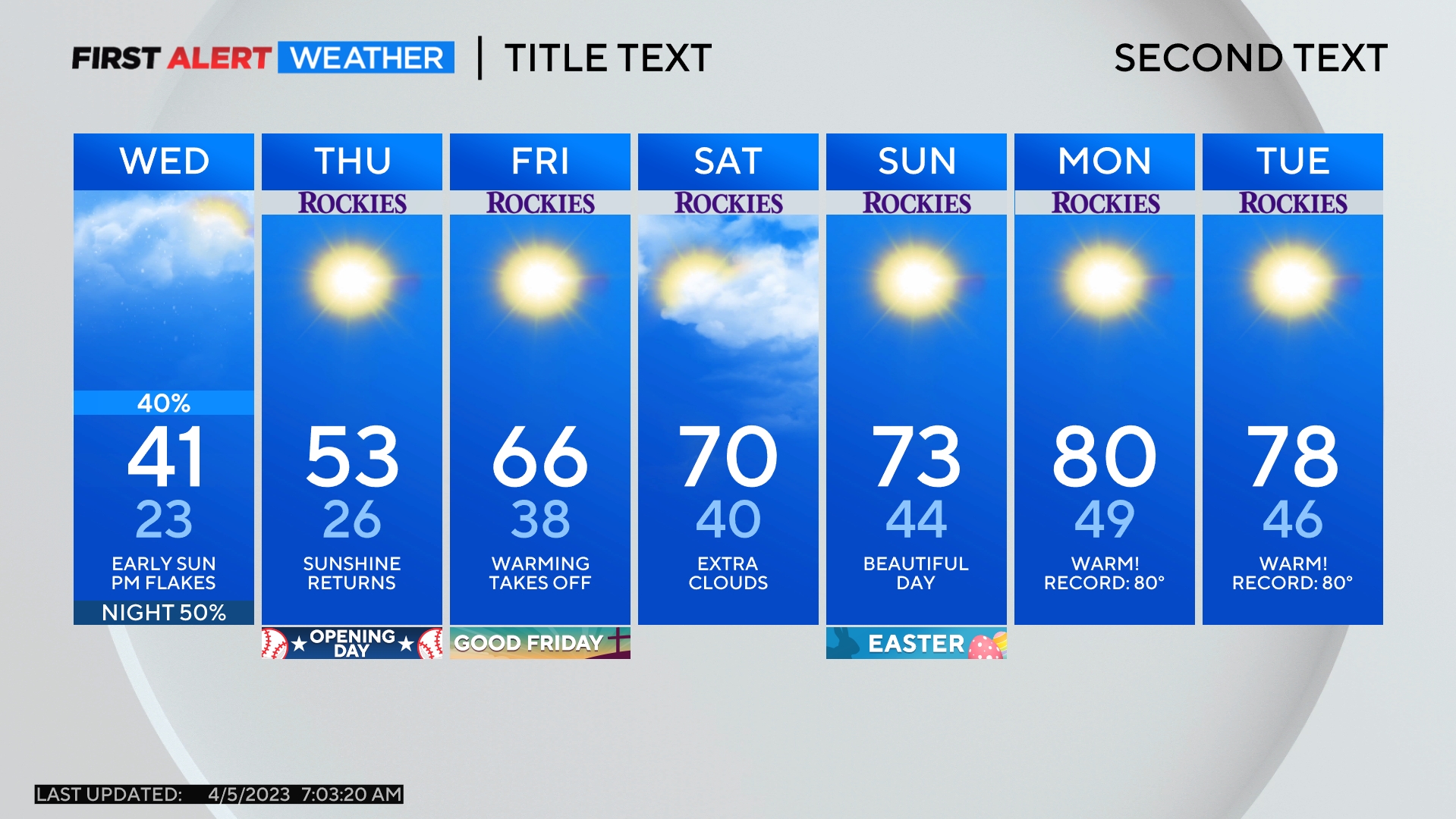